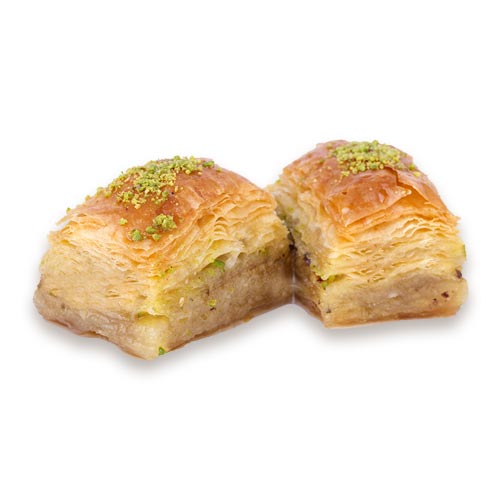 Baklava is a renowned and globally recognized dessert, famous for its flaky layers and nutty sweetness. The pastry has a dense history, believed to have originated from Assyria and has been modified and popularized throughout the Ottoman Empire. Baklava used to be regarded as a dessert of the wealthy, fit for sultans, and is believed to have been perfected in the kitchen of the palaces during the reign of the empire.

Today, baklava is a popular dessert in households in the Middle East, including countries such as Turkey, Greece, Iran, Armenia, and Lebanon. The dessert can be found as a staple in many religious and cultural celebrations such as during Ramadan and Easter. However, baklava is known and enjoyed by people all around the world, which speaks for its impeccable flavor.

What makes baklava so special is its countless thin layers of phyllo dough, brushed with butter, filled with chopped nuts including pistachio and walnuts, and drenched with sweet syrup to give the pastry its soft and flaky texture. Baklava is usually served at room temperature and can also be paired with ice cream. Though there are many variations of baklava that can be found in the Middle East, Turkish baklava happens to be one of the most popular, as the city of Gaziantep in Turkey is famous for its pistachio baklava. The southeastern region of Turkey is well known for its desserts and baklava is no exception. Turkish pastry chefs have perfected the dessert that we all know and readily enjoy today.